Fatima is a small town girl whose dreams go far beyond this world. Born in 1989, Fatima was raised and educated in Mascara, west of Algeria. From primary to high school, she had a record of excellent grades. Arab by birth, Fatima went on to learn French, English and German as she majored in Foreign Languages. She did a Bachelors in English Literature and graduated in 2011 as top of her class. Later that year, she booked her spot among a 10-elite Doctoral School to do a Masters in Applied Linguistics and ESP. She started teaching simultaneously at University and took the chance to participate in conferences across the country. 2014 was the year to make the big move, from Algeria to KSA (Kingdom of Saudi Ararbia), where she joined the colleges of Excellence and has been working there since.

Fatima has been a freelance writer for years, targeting topics that range from education, sports, businezess, fashion, to health and travel. She has also been compiling stories in Arabic and English with the intention, and hope, of sharing them with the world one day as books and screenplays.

SAVE YOUR SPOT NOW

Wondering if it's worth it? Watch this...

Expect to be awakened, as the fierce power of these women, is revealed and the battle cry of their stories is heard globally.

PAYMENT METHOD(S) PAYPAL: Paypal.me/FatimaMohammed7 (IMPORTANT NOTICE: Please type which volume(s) you are purchasing in the Paypal Notes at CheckOut)

FOR INTERNATIONAL (OUTSIDE U.S) ORDER, PLEASE SEND YOUR REQUEST TO fatima.mohammed.d7@gmail.com

When someone is inspired to gather a group of women to write about their lives, Child Abuse, Failed Relationships or Mostly on how to overcome life's unnexpected brutal curves, it is not meant to be an attempt for scholars’ glorification but a platform to contribute to solving social problems that's being experienced throughout the world today at an alarming rate.

Many may be attempting to collaborate where writing a book is concerned. It pales in comparison to this phenomenon.

THIS IS NOT JUST AN ORDINARY COMPILATION but a necessary healing journey, unveiling atrocities which have been committed against these extraordinary women, tearing the veil off their once silenced voices! I stand with these resilient "princesses" to say No More! Our African Princes will no longer be accused of social ills neither will our princesses be abused any longer!

Get ready to cry, laugh, be steered up to take action! #FearlessVisionaries, it's time to #TeartheVeil with US.

This Book of Missions™ called Fearless Visionaries: Tear the Veil™ is like no other! It could not have happened at an opportuned time.

This phenomenal movement was created by our very own African Princess, Dr. Princess Fumi S. Hancock, with a view of providing a veritable opportunity for future generations to learn from how these women are triumphing over their life challenges on a daily basis. She leads others by tearing her veil on her personal battle with depression, suicide attempts, disordered eating... all triggered by failed marriage!

My choice of joining my voice with theirs by writing the foreword to this well researched work will certainly surprise many people, particularly in Nigeria, West Africa where His Royal Majesty,a Class A King, King Emmanuel Adebayo rules (ADUMORI ROYAL DYNASTY). Share your story with us as we match on with these volumes and prepare the way for others to share in other volumes: ENTER FOR DETAILS

Fearless Visionaries™ Tear the Veil 1 & the Princess of Suburbia® Awards 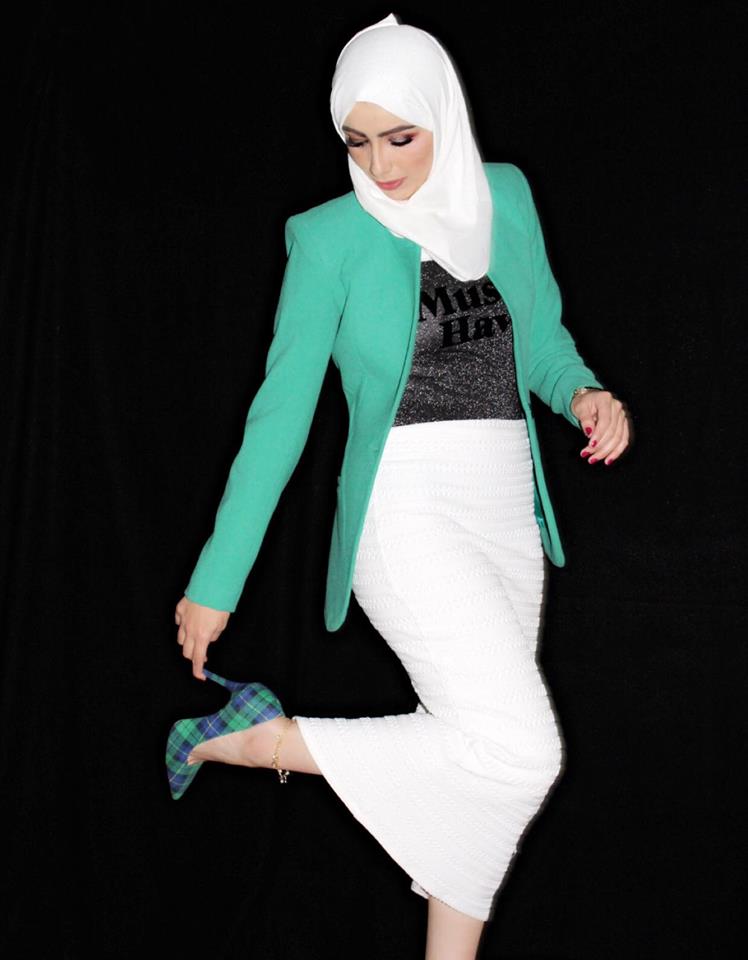 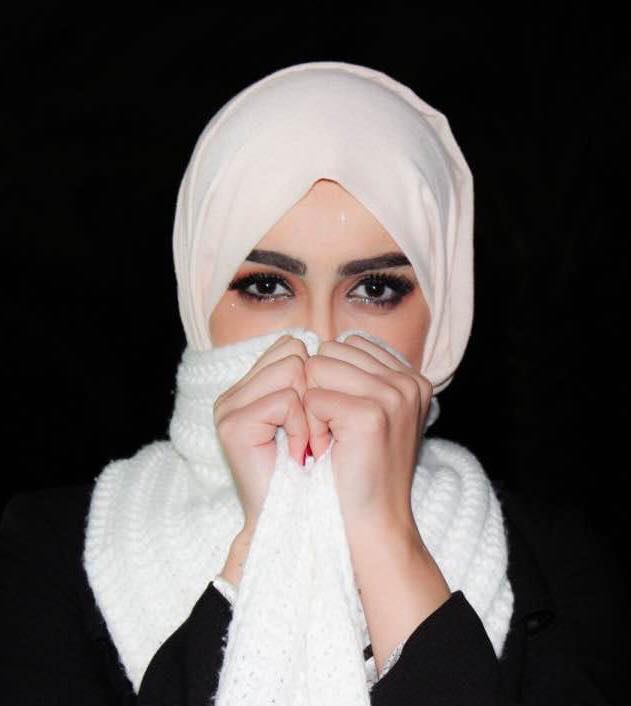 Although born into a royal household in Nigeria, it did not shield Dr. Princess Fumi S. Hancock, DNP from abuse and suicide ideation as she finds her foot on the pedal ready to plunge off the Verrazano Bridge in New York, USA.

Homeless, jobless, depressed, and suicidal, the Middle East Saved Me! Wendy Alexander finds peace behind the veil and manages to overcome the opinions of others in America to build an international business in the Middle East.

Laying on the cold floor, drugged and unable to move, Eryka T. Johnson is gang raped by eight men while in college after a R&B concert.

Drop-dead fearless, a healing heeler; and a limitless dreamer, Fatima Mohammed defies the outdated social practices of her country and inspires women to remain dauntless in the face of doubters and challenges.

Hearing the un-settling news of her daughter’s attempted suicide, Yolanda Dupree battles a deep depression and wars against the inner chatter that says, “you failed as a mother.”

“You’re a liar!” are the words Jay Kamara Frederick remembers as she’s interrogated for nearly three hours while facing her sexual predator in a U.K. courtroom... while struggling with genital mutilation she experienced prior.

Killings, shootings, and abuse…she could have easily been a statistic in her crime-ridden neighborhood, but opportunity and open-mindedness allowed Dr. Leonora Muhammad, DNP to escape and find purpose in helping others in the healthcare system.

We are secrets not meant to see the light of day. Today, we tear the veil breaking generation curses over our sons and daughters.

Nothing or no-one to hinder them

Driven by a mother’s love, Flerida Santana-Johnas fights to save her son from a system that wrongly accused him of sexual misconduct on a college campus simply because of the color of his skin.

Lying on the ground, helpless and bleeding from her neck and shoulder, left to die, Ramona Phillips spends most of her childhood protecting her mother from abusive men and later fights the same challenge in her own relationships.

Although born into a royal household in Nigeria, it did not shield Dr. Princess Fumi S. Hancock, DNP from abuse and suicide ideation as she finds her foot on the pedal ready to plunge off the Verrazano Bridge in New York, USA.

Impregnated by rape by her cousin only to experience the horrific trauma of a terminated pregnancy forced by her aggressor, Onyinye Chukwunyerenwa struggles to trust her family who refuse to expose the cycle of incest.

Teased and terrorized in school by her peers for being different, Markita D. Collins overcomes the effects of dyslexia and instead uses words both written and spoken to heal others around her.

Kidnapped from her birth family, stuffed into a rice sack in India, unaware she was being sold into child trafficking, Dana Priyanka Hammond lands in the foster care system and off to America only to experience the abuse of a narcissistic foster mother.

Thrust into the role of caregiver at the age of nine as her mother is diagnosed with breast cancer, Dr. Debby Olusa never imagined she would make it out of her poverty-stricken, crime-infested neighborhood to study abroad at Cambridge University.

“Guilty!” was the verdict heard, altering the trajectory of Chanelle Washington life as she faced a 17-year prison sentence for protecting herself.

Trembling and shaking while in the kitchen one day, feeling depressed and anxious, Dr. Eveangel H. Savage considered ending it all but instead managed to find help.

Committed to a man for 20 years who lives the double life of a serial cheater, Ramona Jones finds herself constantly forgiving and struggling to overcome post-infidelity stress syndrome.

Challenging the custom of most Nigerian families to remain married, Edna Chichi Njoku escaped an abusive marriage in America, while not having citizenship, to follow her dream of becoming a Hollywood filmmaker.

19 Extraordinary Powerhouse Women With Dynamic Stories who are changing nations with their truth. These modern-day heroines suffered in silence until now. Their stories are raw. Their pain is real. Their advice is heartfelt. Their life strategies are proven. Take a journey with them through this book of missions™… Whether you are a Housewife, Careerwoman, Entrepreneur, join us as we #teartheveil, bringing healing and restoration to themselves and the world at large. "Our Stories Are Our Legacies." We May Not Be Celebrities but Our Stories Matter too!

Visionaries - A Visionary Woman is one with a strong sense of the future. She understands that she is a game changer who challenges status quo to create a better and brighter tomorrow.

#Tear the Veil - These Fearless Visionaries Tear the Veil as Master Storytellers by pulling back their life curtains, digging deep beyond their current situations and sharing powerfully positioned stories that speak to Women (Men alike) Across the Globe.

The Art of NURSING &/OR CARING is a Universal Language. Everyone across life spectrum want to be cared for and/or desire someone to care for. Visionaries understand their reason for being. They value life's lessons (good, bad, indifferent). These incredible stories are shared by women whose primary goal is to heal others as they create a stage for themselves globally.

19 Extraordinary Women With Dynamic Stories that Will Promote Vision Rehabilitation, Ignite Your Passion, Turbocharge Your Life Purpose and Refuel Your Destiny for Global Influence.

We Are Sharing Our Stories to Save the World.

Want to listen to interviews with myself & other Fearless Visionaries™? Listen to the segment within DR. FUMI: The Doctor of Nurse Practice™ Show ENTER HERE

We are Building a Community of Fearless Visionaries™

Join the heated conversations, get shared resources on topics around our Book of Missions™ FACEBOOK COMMUNITY

We Are Facing our Audience in Boldness

Great speakers appear totally in tune with their audience—Are you ready to have me speak at your event? Send your inquiry

Do you have a burning question you would like me to answer in our post-talk Q&A in our community? Send your Question(s) HERE

Webelieve in the #PowerofUS. You are a part of our journey and we need you to like then share or page. Invite others to join the movement NOW

We would love to hear feedback from you. thank you. HERE

A Word From Bestselling Author & The Publisher

As a little girl growing up in the heart of West Africa, I wanted to come to America.I wanted to become not just a sentimental Nurse Practitioner but one who was able to use the "strokes of her pen the camera lens” to share empowering stories. Many told me I was merely a dreamer! Yes, I was and today, I get to live that dream all over again.

The Princess of Suburbia(R) Brand with all of her subsidiaries are dedicated to making DREAMS FLOURISH.

Thank you for trusting my staff and I with your dream. Now, send in your APPLICATION and LET'S MAKE MAGIC HAPPEN FOR YOU TOO.

Are You Ready to Get Started?

You are ONE CLICK AWAY from changing the rest of your life! One Event Can Change Your Life Forever(TM)! Make this the event. Here is what YOU MUST DO RIGHT NOW!

Let's qualify your story first to make sure it is suitable for FEARLESS VISIONARIES TEAR THE VEIL™.

PROCRASTINATION KILLS DREAMS! APPLY NOW BEFORE THE SPACES ARE FILLED UP!

YES, SAVE MY SPOT!